Us designers love a good rant about IE6. And why not? Everything looks perfect in Firefox, Safari, even IE7 and 8. Then you open up IE6 and everything is a mess. In an ideal world no one would use IE6 anymore (and all browsers would render websites the same way).

But at the same time I do get sick of IE6 rants and campaigns. This isn’t a rant, it’s more of a ‘be aware that it still exists and some reasons why it still exists’ post. A recent blog post of mine researching popular design blog analytics showed that there are still 3% of users using IE6. And that’s in the field of design. There is more than likely a lot more than that in terms of the World Wide Web.

Why people are still using IE6

So rather than campaigning to get people to upgrade their browser, shouldn’t we just deal with it and support it?

But what does 'support' mean?

I think Andy Clarke hits the nail on the head in his killer contract:

We will also test to ensure that pages will display visually in a ‘similar’, albeit not necessarily an identical way, in Microsoft Internet Explorer 6 for Windows as this browser is now past it’s sell-by date.

I think this is the best way to support IE6: it doesn’t have to be pixel perfect but the content should be accessible and it should look similar.

What I’ll usually do before launching a site is check to make sure all the links are visible and clickable and all the content is accessible in IE6. I’ll even spend 30 minutes to make sure it looks ‘half decent’ with regards to IE6 not supporting PNG transparency, which involves replacing the PNG backgrounds with GIFs via an IE6 specific stylesheet.

To specifically target IE6 users with special instructions or styles, use the following code.

Anything placed between the special tags will only be recognised by IE6. 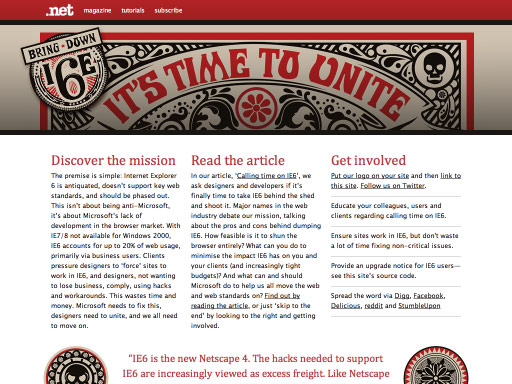 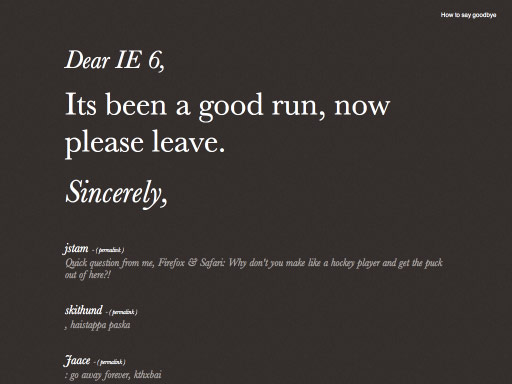 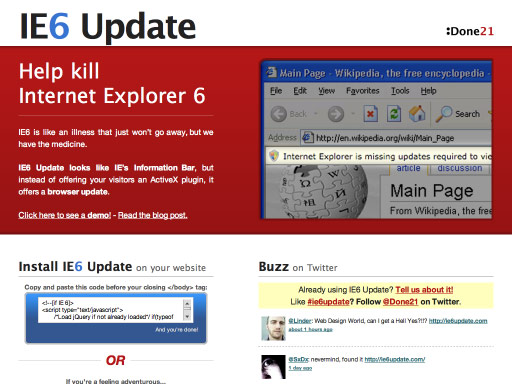 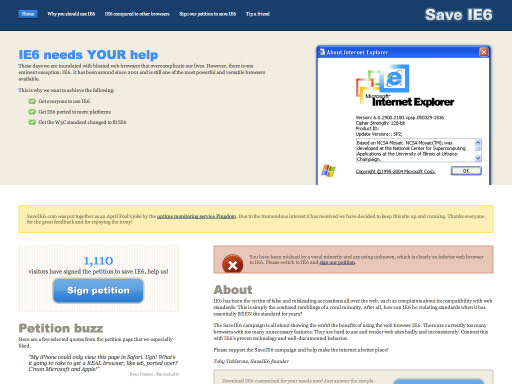 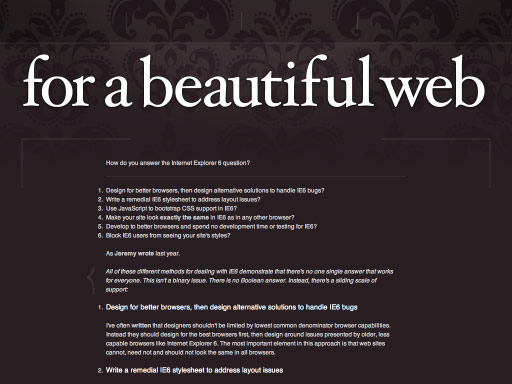 Do you support IE6?

Hopefully over the next year or two we will be seeing less and less of IE6, especially if Microsoft encourage users to upgrade to IE8.

Do you ‘support’ IE6? Do you check to make sure your sites work? Do you spend much time fixing it or making it pixel perfect?